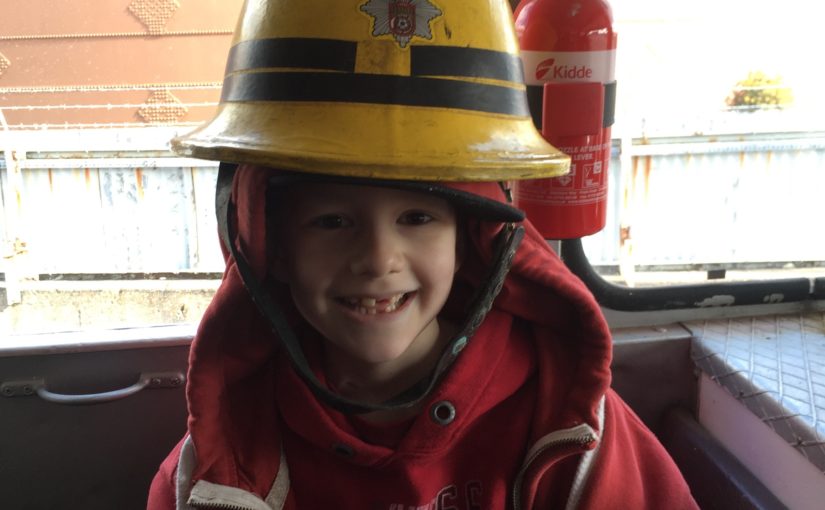 We were invited by Piam Brown to a day out sponsored by Wessex Cancer Trust and the Fire Service Preservation Group along with a number of other PB families. Seth had only finished his Chemo two days before and was still feeling the effects. We debated not attending but he was very keen – almost as keen as Evie who surprised us all by proclaiming that a ride on a fire engine would be SO cool (not what we expected from an 11 year old!). Take a look at the awe on her face in the video! 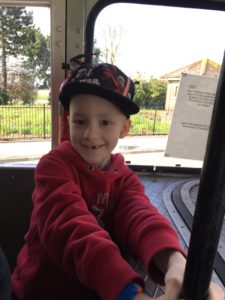 Meeting at a very cold and windy St. Marys Stadium we were taken by vintage fire engine – Seth selected the oldest one there – to Paulton’s Park to spend a few hours. We all set off together in a convoy of engines. Southampton’s wonderful traffic light system systematically destroyed the convoy whenever it could but once out of the city centre we all paused to allow the convey to regroup.

Seth, not at his best, was really feeling the cold. Which if you know Seth at all you will know is unheard of. This is the boy who wears shorts all year round – even to school! He struggled to get warm and despite loving the trip in the fire engine wasn’t really up for a cold and windy Paulton’s Park. It’s times like this when I realise just how much the Chemo takes out of him and just how weak this whole process has made him. He spent most of the time wearing my hoody on top of his clothes and cuddling into me for warmth – even when inside.

We returned to the fire engines after a few hours and were taken to Romsey Fire Station for a tea party with entertainment.

Although Seth didn’t enjoy the day out as much as he could have, it was an amazing event to be a part of and seeing his face light up whilst in the engine made it worthwhile.